“ The Binnendieze
Under the city

What can you give back ?

The basis
The foundation

Greats in a dimension
Senses connected 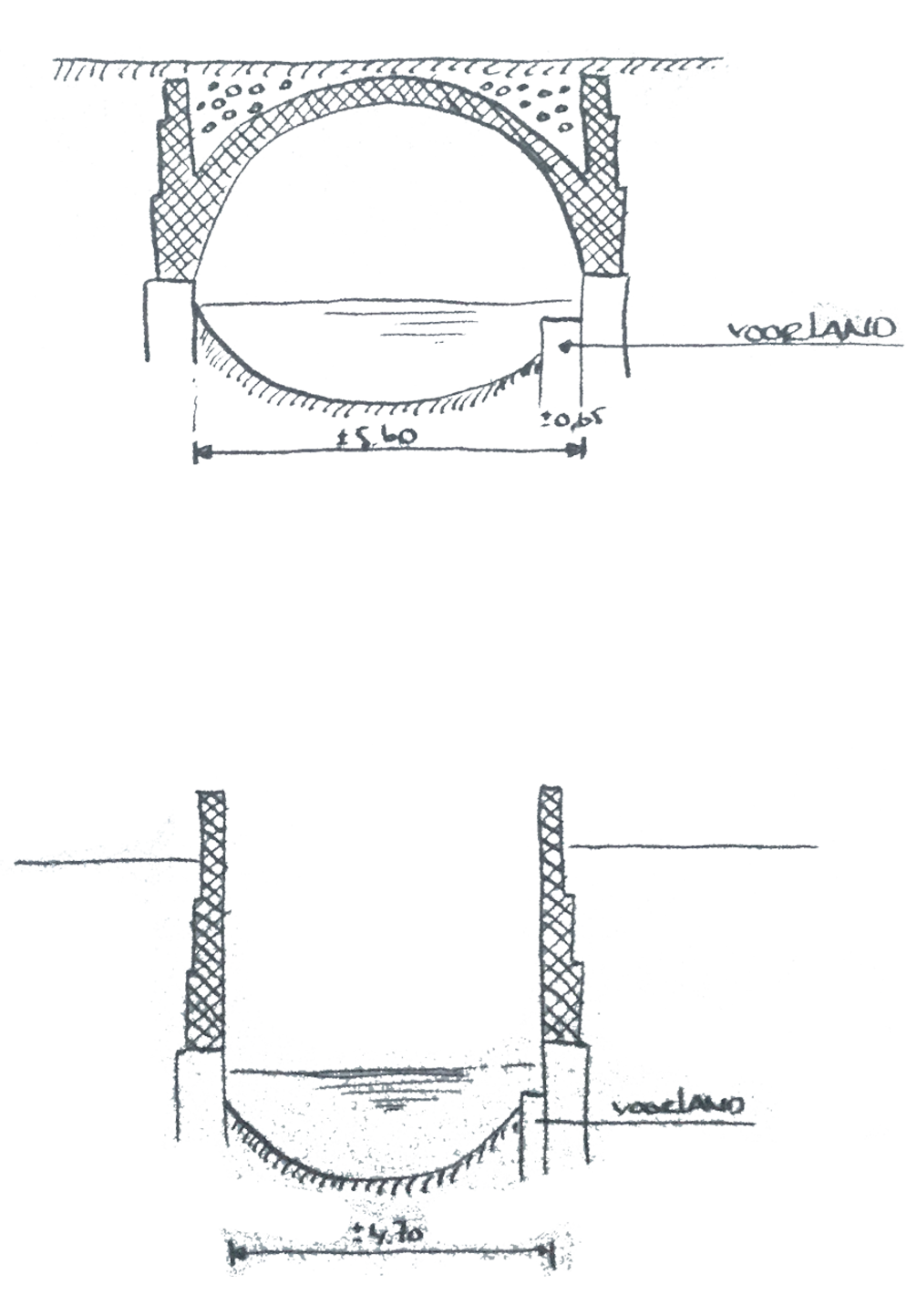 A city has many beauties. As a resident, it is all natural and you don’t see anything anymore. Some special things you pass by without noticing it anymore. What is the history ? How did something begin? What is the foundation of an ancient city?

The Binnendieze is the collective name for a number of streams in the city of
‘s-Hertogenbosch. Because the city had very little room to expand in the past, a large part of the Binnendieze was overvaulted in a course of time with houses. That is why the streams are not visible everywhere in the urban landscape. This is in contrast to many other cities, where the canals often run along the houses.

Also the functions were very different such a drain, drinking water, bathing water, wash water and some other things. Nowadays the canals are only used for tourists who enjoy the special world of Binnendieze. Currently there are several kind of boat tours. What’s also fascinating is, that there’s only 3630 meters canal left from the 1290 meters Binnendieze that existed in the past.

The water was the foundation of the city. From there it was developed. The water gave many opportunities in the city, but what can we give back to the water ?

After a lot of general information, such as city development, residents, experiments with water, several public authorities,, I found special information.

The urban design of ’s – Hertogenbosch. The isosceles triangle of Plato. The symbol of perfection. The basis. The three main roads, Hinthamerstraat, Vughterstraat and Orthenstraat lead to the middle of the city ( the market ), the highest point of the city. This basic form is composed out of three quantities. Freedom = spiritual life, Equality = right life and Brotherhood = economic life. These parameters can also be seen in the major squares in the city such as freedom = Sint Jans Cathedral Square, equality = the market where the town hall is situated and brotherhood = fish market where goods were traded.

The three points had two connections to the Binnendieze, but to be more in balance there should be a third connection.

Here is investigated where the Binnendieze was situated in the past and here is made an intervention. A part of the Binnendieze where the three variables come together. Each greatness got a sensory dimension. The emptiness reaches the maximum.

A touchable landscape where hidden lines / grids and rhythm of the city, man and water come in contact. 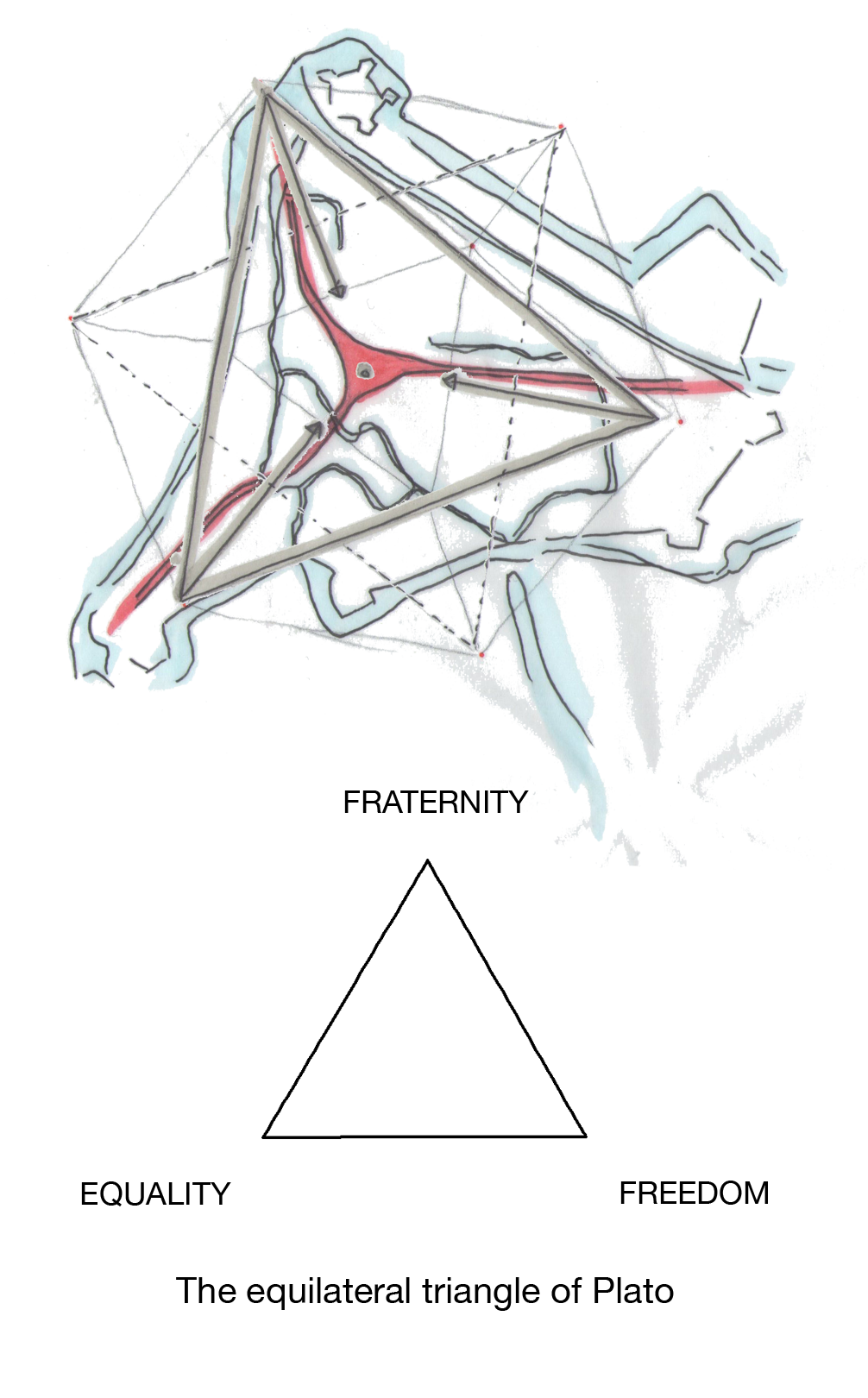 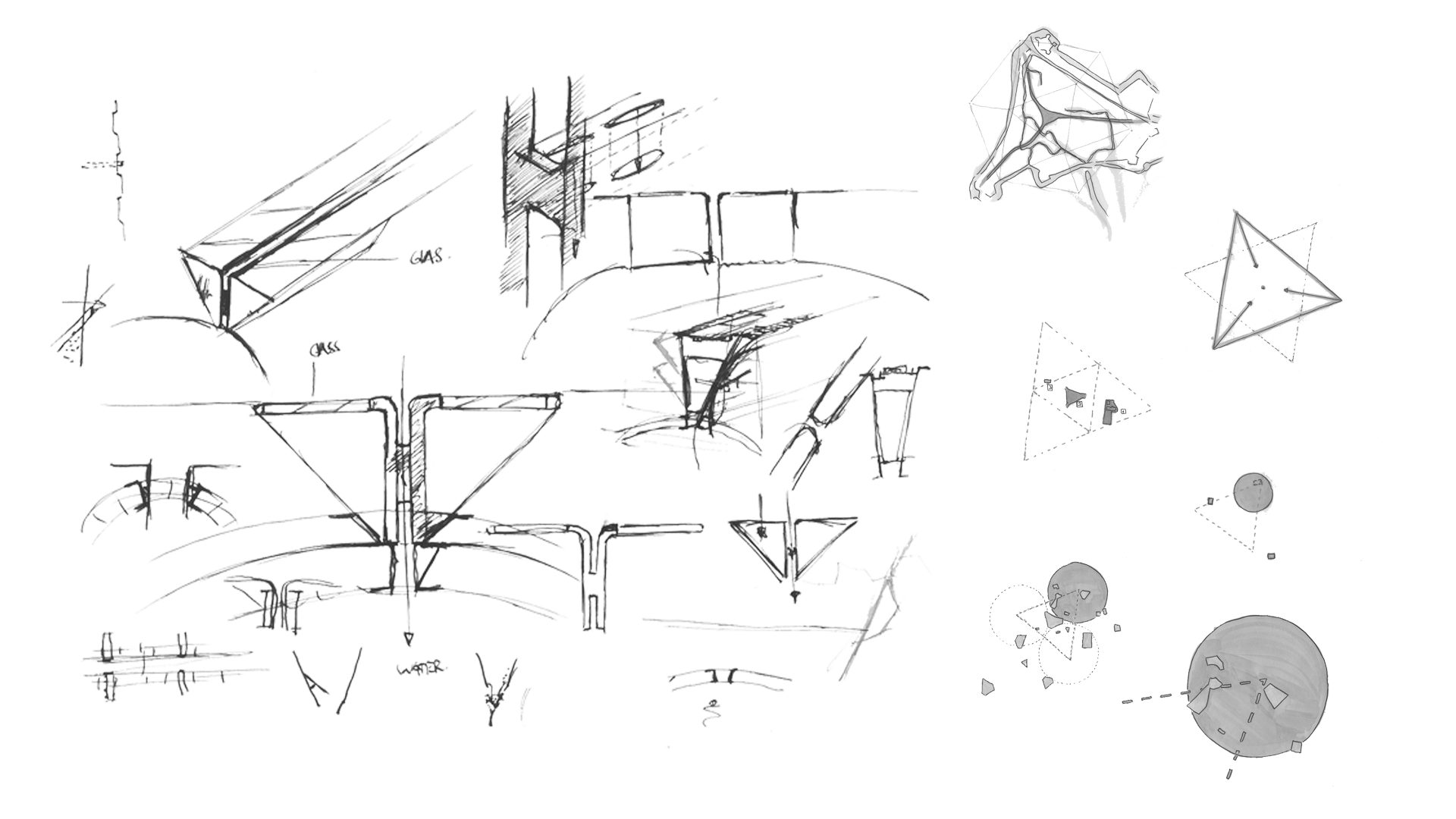